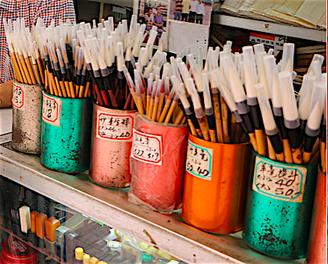 Though the use of keyboards has made Chinese calligraphy less popular among young people, respect for it is quite high in Hong Kong.  It is one of the four accomplishments of the traditional Chinese scholar.  Cards or posters with  Chinese calligraphy characters on on them that depict words about character or Chinese proverbs can dress up a desk or room and add a feeling in the heart.

Simplified Chinese characters were introduced by the Communist government of Mainland China in the 1950's to increase literacy.  They contain fewer strokes, so they are easier to write. 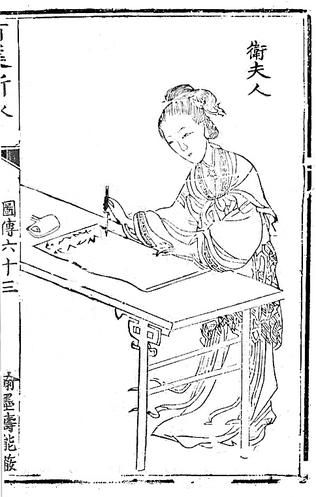 Chinese calligraphy is ancient.  There is evidence of Chinese characters as old as 1435 BC.   The brush is one of four "treasures" or "jewels" of study, the others being ink, paper, and ink stone.

Traditional Chinese characters are used in most places in the world not directly controlled by the Chinese Communist Party, such as Hong Kong, Taiwan, and Macao